- Pack provides essential improvements to common sounds in the game for increased immersion.
- For over 5 years, this mod has proven to be a welcome addition for anyone wanting an immersive experience.
- The Steam Workshop version is highly recommended for quick and easy updates, maintained for the current game version.

- The ultimate variety of suspension and tire bump sounds when driving over curbs or bumps in the road.
- Fuel / gas station sounds.
- Door close and seatbelt sounds after refueling.
- Train sound enhancements, including comprehensive sounds for all base game locomotives in American Truck Simulator.
- Real tire and road noise for all terrains: asphalt, gravel, grass, and sleeper lines.
- The familiar sound of the brake whistle when coming to a stop on an asphalt road.
- Nokia phone ringtone sound replacing the hurry up / late music, leading to less stress for the player.
- Default common sound replacements, such as the default air brake sounds.
- Improved sounds for some AI traffic vehicles, including sounds for Jazzycat's Motorcycle Traffic Pack.
- AI traffic truck and bus air brake sound replacements.
- English UK/US voice navigation variants with speaker effect added and no unrealistic phrases.
- Wind buffeting and rush of air sounds at high speeds only when the window is open.
- Location based sounds of environment.
- Sounds for animated objects such as F22 jet fighters and biplanes.
- Trailer coupling and trailer brace rotation sounds.
- Two standalone air horns.
- Softer mix for the Musical Road in American Truck Simulator's Historic Route 66.
- Dynamic rain sounds and an assortment of varying thunder sounds.
- The default wiper sound may now squeak only when the windshield is dry.
- (Optional) Reefer / refrigerated trailer sound functionality that can be activated by trailer mods. 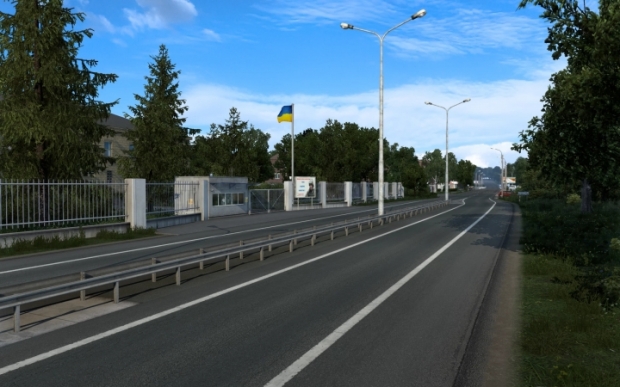 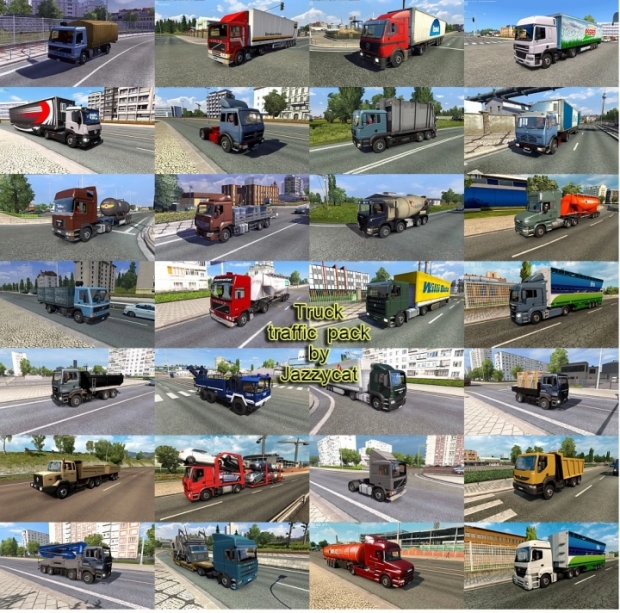 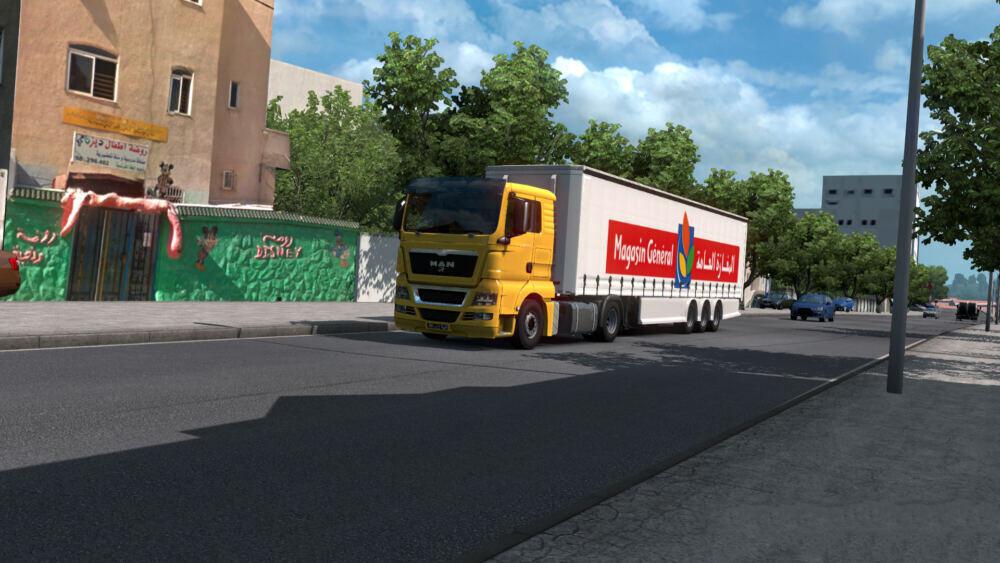 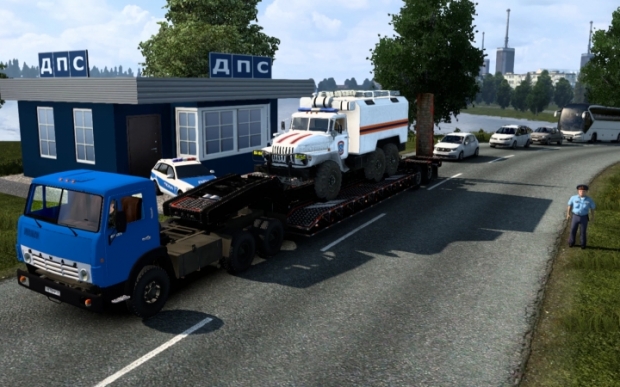